You are at:Home»Features»Talking Point: When can we use the term ‘robbery’ in boxing?

Whether we like it or not, the word ‘robbery’ is mentioned in boxing circles almost every week.

Be it a 4 rounder in front of 200 people, or a title fight on one of the world’s biggest stages, someone somewhere around the globe is on the wrong end of a bad decision purely because they’re not the “home” fighter.

It’s almost an accepted part of the sport, mostly kept on the hush until every so often it happens in a major event watched by millions disgusted by a perceived injustice. 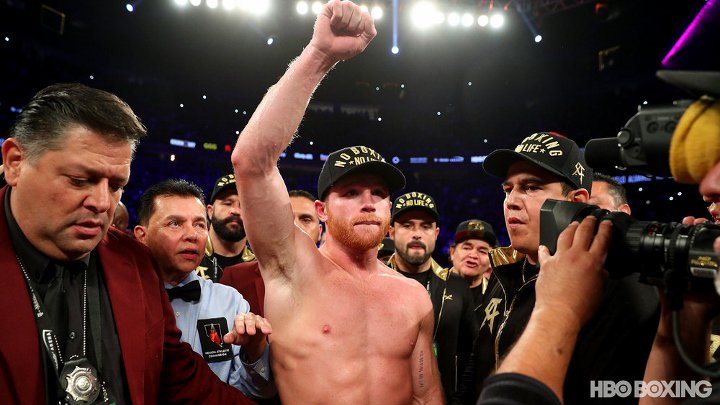 Of course, this week’s talking point comes courtesy of more controversial scoring in a fight between Gennady Golovkin and Canelo Alvarez.  A year after an official draw left a bitter taste for the majority of onlookers, this time Alvarez would come away with a win that few felt he genuinely deserved.

And so the term ‘robbery’ is brought up in the mainstream once more. And a lot of people do not like it.

I’ve heard people, from reputable pundits to armchair fans, claim that Saturday’s result was not a robbery because it was a close fight.  With respect to anyone who shares that view, I cannot agree.

Maybe they feel it’s overused and should only be reserved for the rare occasion in which an incorrect outcome is universally declared wrong.  My response would be is this not one of those times?

Only 2 of 51 press sources had Canelo winning Saturday’s fight, and yet mysteriously 2 of 3 ringside judges gave it to him, completely coincidental that he was the cash cow and the guy that the host promoter was rooting for, I’m sure.  A Mexican fighter given the narrowest of wins in front of a predominantly Mexican crowd on Mexican independence day? Nothing dodgy about that. Although to their credit, Golovkin and his team, were coy on questioning the official result in the immediate aftermath, they have every right to feel aggrieved once again in my opinion.  They were simply robbed of an opportunity at a fair verdict because they weren’t on the “A-side”.

Yes, it was a close and competitive fight with many rounds that were tough to score, and scoring fights is subjective with a complete consensus hardly ever found.  It’s certainly not inconceivable that you could have Alvarez as the winner.  Most didn’t though, and that’s why I feel claims of corruption and unfair bias are entirely justified to me.

How do you feel about the word being used by fans and boxers alike?  Post a 118-110 scorecard and share your thoughts in our forum thread here.