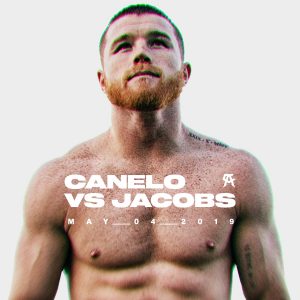 Canelo Alvarez signing to fight Daniel Jacobs is precisely the kind of fight fans hoped to see in 2019. Many would agree that Jacobs has been short on opportunities since losing a razor close decision to Gennady Golovkin in March of 2017, but his latest win over the avoided Derevyenchenko has proven that he still belongs in the conversation with other elite Middleweights. 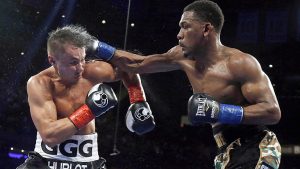 Jacobs certainly has the style to trouble Canelo as others have done in the past. Mobility and a good jab were able to give Mayweather, Lara, Trout, and Cotto varying degrees of success against the relatively flat-footed counter-puncher. But as Canelo demonstrated in his controversial points victory and Fight of the Year against Golovkin in their rematch, he is more than capable of fighting well off of those planted feet, using his elite timing and hand-speed to land some of the most creative combinations and counters in the sport today.

This bout also adds legitimacy to the DAZN brand, which at first seemed to be lagging in securing the big names and big fights. But the gamble to sign Canelo on $365 million appears to be bearing fruit, and after the bite-sized appetizer that was Rocky Fielding, the streaming service is likely to experience a boom in subscriptions thanks to a meaningful bout headlined by the modern face of boxing. Golovkin, who appears to have declined a deal with DAZN, may just find himself left out of the biggest Middleweight bouts of 2019.

So who do you think wins this match-up? Sign up today and let us know by voting in our online poll: https://www.othboxing.com/forum/index.php?threads/canelo-vs-jacobs-may-4.1790