Each week here on Off The Hook, we take a look back at some of boxing’s greatest fights to share memories and thoughts regarding our sport’s finest moments. This is ‘Classic Fights’.

I’d like to start off with one of my personal favourite fights of all time – the first bout between Miguel Cotto and Antonio Margarito, in the summer of 2008.

An event filled to the brim with skill, passion, bravery, relentlessness, controversy, and just about every other buzz word you could associate with the peaks of professional boxing.  Fights like this perfectly encapsulate why the fierce boxing rivalry between Mexico and Puerto Rico is so special.

Unbeaten Puerto Rican Miguel Cotto – 32-0 (26 KO) – was in the form of his career, having built up an impressive stack of wins at light-welter and welterweight.  His opponent, Mexico’s tactile slugger Antonio Margarito – 36-5 (26 KO) – was also a fan favourite due to his all-action style.  It made for a mouth-watering matchup at the MGM Grand in Las Vegas. 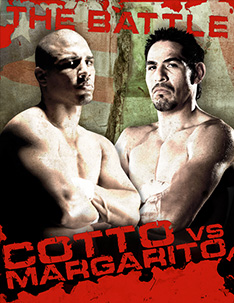 It was Cotto that started the better of the two, winning the first round with slick boxing and controlled punching from range, but Margarito’s intentions were clear from the off.  He would stalk his opponent all night long and unleash a barrage of wide power shots whenever Cotto took his foot off the gas or got caught against the ropes.

The pair traded blows throughout the early rounds. Whenever Cotto landed a smooth combination, Margarito would regroup and get back on the hunt himself.  Cotto began to open up a steady lead on the scorecards, although the pattern of the fight was becoming clear.

Legendary trainer and HBO commentator Emmanuel Steward predicted as much during round 3, noting “Margarito’s defence is doing very well.  He’s catching a lot of punches and steadily applying pressure all while he’s blocking punches.  Even though I have Cotto winning, it looks pretty rough going down the stretch.”

Despite being outboxed, Margarito constantly marched forward, gaining momentum as the battle progressed with body shots, uppercuts and consistent aggression.

Round 6 was another epic that showcased the best that both fighters had to offer.  Margarito upped his output and forced Cotto into working at an even harder pace, although the latter was still able to land multiple flurries of sharp, accurate shots. 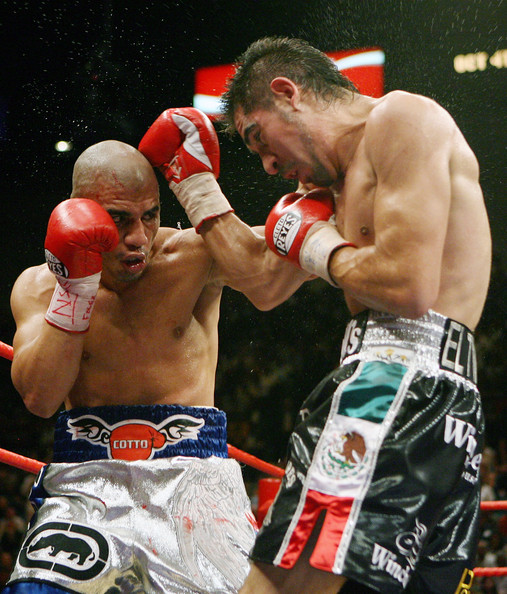 Moving into the 2nd half of the fight, and during round 7 something had definitely changed.  Cotto, suffering from a bloodied nose, finally began to look hurt and distressed as the Mexican’s relentless pressure started to show dividends.  Cotto showed his heart and determination to fight through, but with another 5 rounds to go it wasn’t looking good for him.

It wasn’t until round 11 when Margarito would eventually be rewarded for his efforts.  Following a barrage of punches and yet more pressure, Cotto dropped to a knee midway through the would-be penultimate round.  His face splattered in blood, Cotto was exhausted and ultimately done.  Ever the warrior himself, he’d attempt to fight back before another hurtful spell would force him down again, making his trainer wave the towel and referee Kenny Bayliss to call a halt to an instant classic. 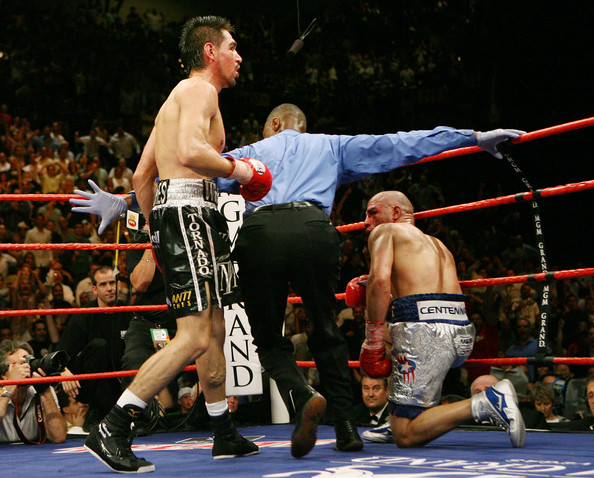 It was a fight where both men would leave the ring with enormous respect and praise from boxing fans around the world.  Both were already popular, and wars like this only give enhanced credit to those involved.

However, things would take a highly controversial turn in the coming months.  Antonio Margarito was caught attempting to add a plaster-like substance to illegal hand wraps prior to his next fight against Shane Mosley and subsequently banned for a year along with trainer Javier Capetillo.  Questions were inevitably raised as to whether the team had similar plans ahead of the Cotto fight (and perhaps before even that) but ultimately we’ll never truly know.

After much debate, anger and accusations, the pair would eventually rematch in 2011, this time Cotto victorious with a 10th round TKO after taking advantage of his faded rival’s facial injuries suffered in a previous bout against Manny Pacquiao. 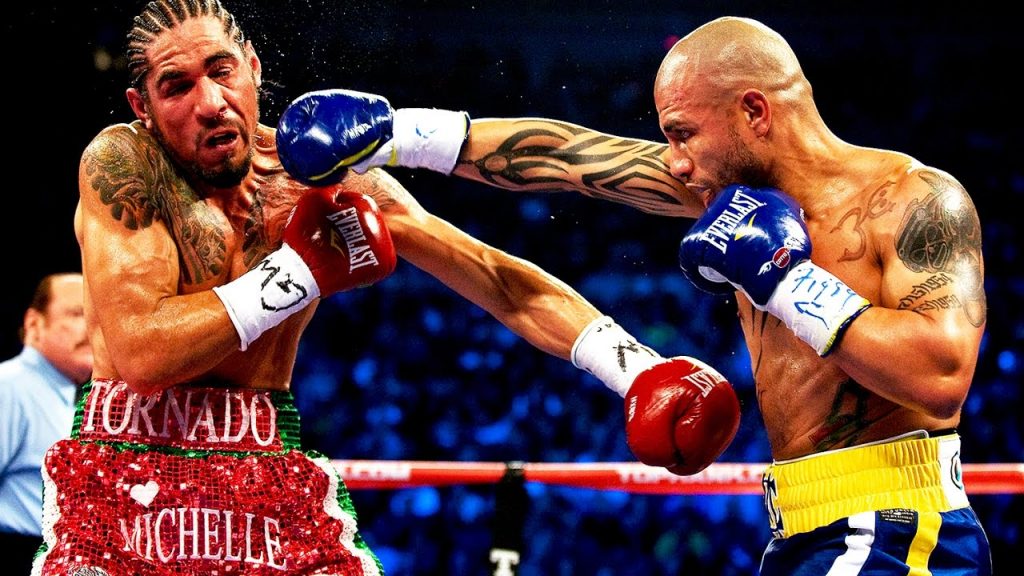