You are at:Home»Features»Judge Not the Fallen Warrior – The Silence Following Adonis Stevenson’s Hospitalization

The day after Adonis Stevenson faced a brutal knockout defeat at the hands of undefeated Ukranian challenger Oleksander Gvozdyk and relinquished his lineal Light Heavyweight title, boxing fans learned that his health was in serious jeopardy. He had been rushed to the hospital with a serious brain injury, and had to be medically induced into a coma. Days later, doctors described his condition as critical, but stable. He hasn’t regained consciousness since.

Since then, boxing media has been curiously quiet on the issue. Showtime’s twitter has made no reference to his current battle since a retweet of Andrzej Fonfara’s well wishes on December 4th; Boxingscene’s front page, filled with the typically up-to-date newslinks, has not one mention of Stevenson’s name; ESPN and CBS have not posted any news concerning the boxer in nearly a week. Perhaps there is no news to report, and the doctors, along with Stevenson’s family, are patiently waiting for signs of recovery. Such injuries are rarely resolved overnight, and those lucky enough to resume their lives often struggle mightily for months and years.

But perhaps there is more to the silence. The boxing hardcore long been familiar with Stevenson’s dark past, which includes a 4-year sentence served in prison for the pimping, threatening, and beating of several women. While some have been willing to forgive these crimes as the mistakes of a younger and altogether different man, others have not been so eager to forget. To be sure, it cannot be said that Stevenson’s time in prison will have done much to repair the damage he inflicted on vulnerable women. Those closer to the experience of such trauma in their own lives are surely in a better position than this writer to make such judgements.

It doesn’t help that Stevenson had also come to be looked at as a kind of undeserved hoarder, protecting his title from the threat of top-tier opponents in the division. Sergey “Krusher” Kovalev, Andre Ward, even the middle-aged Bernard Hopkins and Haitian-Canadian countryman Pascal were ignored as Stevenson fought good-but-not-great contenders year after year. Not just a criminal, some said, but a coward too.

It’s difficult to ignore these factors when questioning the scarce mention of a reigning champion fighting for his life after a knockout loss. Were this a superstar like Canelo Alvarez or Anthony Joshua, or even simply a well-liked beltholder like Shawn Porter, one can only imagine the kind of support the community would bring forth. Fundraisers, social media tributes from fighters past and present, and at least some ongoing recognition in the shadow of the Wilder-Fury aftermath. Is this a kind of collective punishment? An imposed sentence of obscurity? Or is it the callous shrug of media who sees Stevenson’s plight as karmic justice, not worthy of attention? 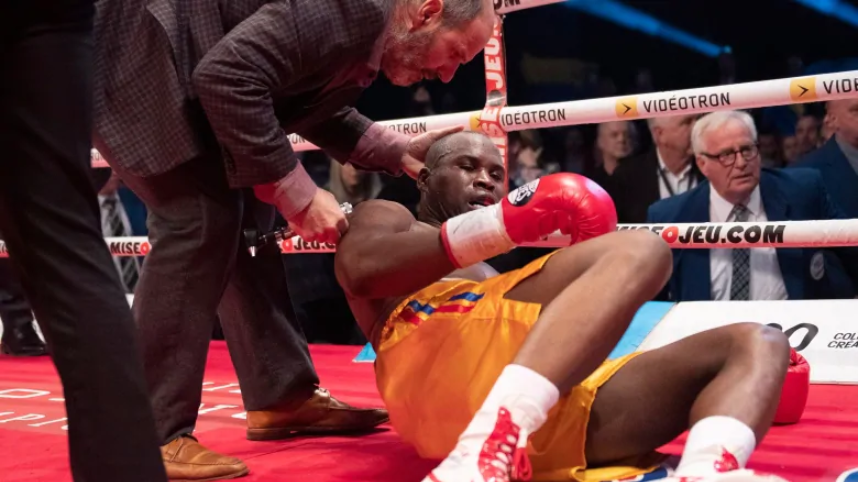 The opinion I offer is a simple one. If Adonis Stevenson was good enough to make you tune in and watch him trade blows; if you could stomach his past crimes enough to indirectly contribute to his purse; if you got any enjoyment whatsoever from witnessing the damage he inflicted and received, then you owe Stevenson the decency of concern that all human beings should have for one another. As boxing fans, fighters, journalists, we know the risks that boxing poses. Fighters know when they step into the ring that they might not go home to their loved ones, and we turn on the TV to indulge in violence-however artistic and beautiful its form-that we are safely far and away from. To first revel in the spectacle and then turn our backs when a warrior stands to pay the ultimate price for our entertainment is a shameful hypocrisy.

And yet there might exist an evil darker still behind the silence. An indifference not just to a criminal’s ill fate, but to the safety issues that surround boxing in general. Magomed Abdusalamov’s tragic brain injury in 2013 prompted a revision in New York City’s ringside medical procedures, as well as a 22 million dollar settlement. But the journey of his recovery 5 years on has been forgotten, and no amount of periodic deaths seems to encourage widespread improvement in the procedures that monitor weight-cutting, pre-fight brain scans, or the prevention of slurring, aging fighters from still competing at world level.

Local Montreal news outlets have revived the tiresome debate of whether boxing should be banned, but the rest of the world’s boxing media should be stepping up for fighters and raising awareness about the potential dangers of the sport. Sob stories may not bring in money, but for the athletes that put their lives on the line that do bring in that money, much more could be done to address preventable aspects of the life-long damage they suffer.

We all know that despite the monicker, Adonis Stevenson was not a moral beacon, nor was he invulnerable, like Superman. But whether you rooted for or against him, he is one of our own. A fighter. A fighter who remains, after all, a human being, with a grieving family. I won’t ask you, Stevenson’s victims, or the many writers who make their living off of boxing to cry for him. But the boxing community must do their due diligence. Thoughts and prayers may not make a difference to Adonis Stevenson’s health, but the attitude we display towards our fighters certainly reflects who we are as a community. In this regard, among many many others, boxing must do better.