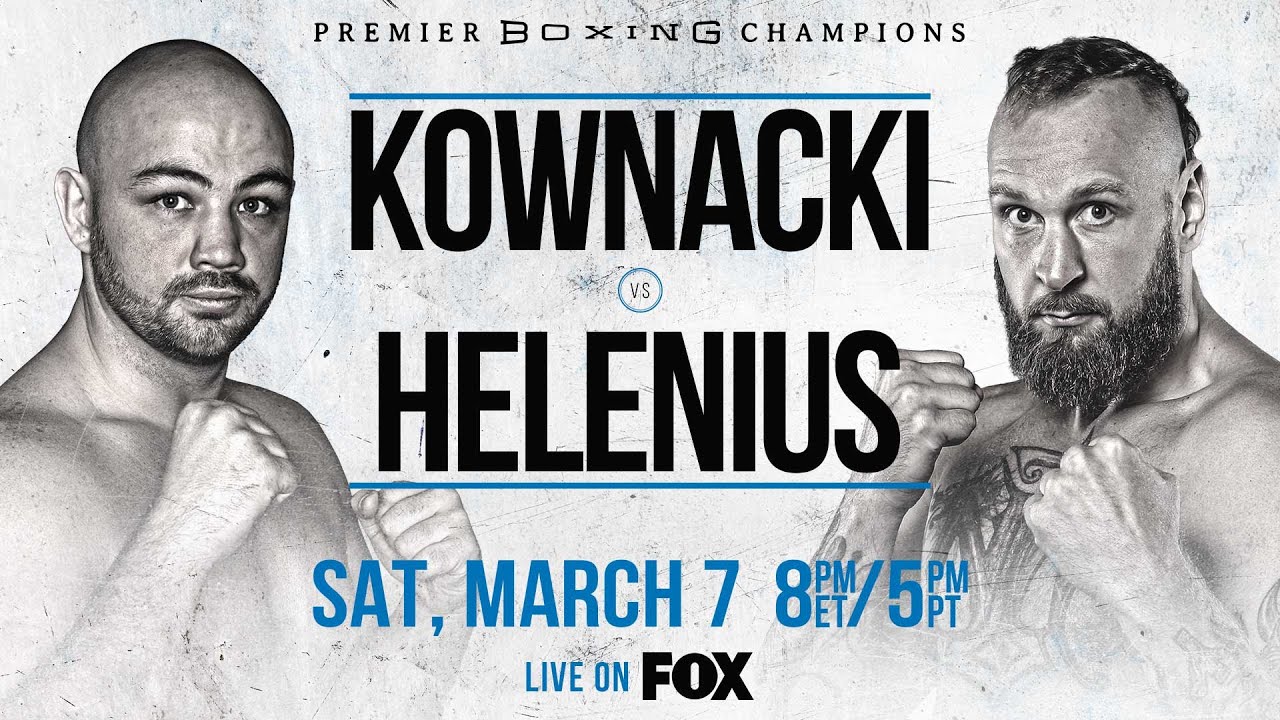 Adam Kownacki continues his quest to secure a world title fight this Saturday when he takes on Finland’s Robert Helenius in the main event of the Premier Boxing Championship card in Brooklyn.

Kownacki, who is a fan favourite in the area due to his Polish roots and high-paced exciting ring style, has been staking a claim for a world title clash of late, with excellent performances in defeating the likes of Charles Martin, Gerald Washington, Artur Szpilka, Iago Kiladze and Chris Arreola.

Helenius would be another solid fringe level win for Kownacki if he comes through the challenge as people expect, though the Fin may be out to prove people wrong on writing him off as this could be the last spin off the dice for the 36 year old fighter.

Helenius still has a very respectable record, only losing the three times to Dillian Whyte, Gerald Washington and Johan Duhaupus, but it’s not the losses that have Kownacki as a heavy favourite, it’s the lack of world level wins.

Other than Erkan Teper in 2018, you have to go all the way back to 2011 when Helenius scored a dubious points victory over UK’s Derek Chisora to see anything that resembles a win over a top contender, and late in his career it would be a big upset if he were to secure victory over Kownacki.