‘Showtime’ Shawn Porter came through an enthralling fight against Danny Garcia, winning by unanimous decision at the Barclays Center in Brooklyn.  Both felt they had done enough to earn the victory, although ringside judges saw the bout in Porter’s favour with scores of 116-112 & 115-113 x2.

On the undercard in New York, Cuban welterweight Yordenis Ugas shut out Cesar Miguel Barrionuevo over 12 rounds, in a fight unlikely to gain him many new fans.  Ugas was the more accurate but rarely excelled, with an unsettled crowd booing at times during the dull matchup. 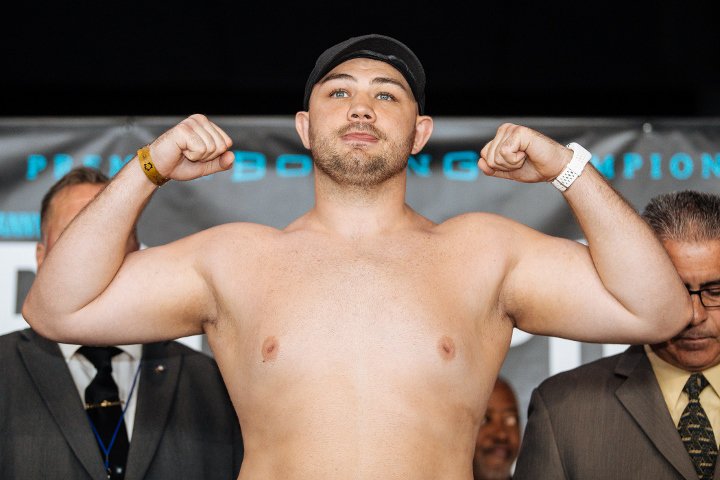 Polish heavyweight Adam Kownacki was backed by strong support as he earned a tight points win over Charles Martin.  The unbeaten big man started fast and looked to dominate Martin early on as he plodded forward with power shots.  A sometimes too casual Martin weathered the storm, and fought back himself hurting his opponent late on.  All 3 judges gave Kownacki the verdict with scores of 96-94 across the board. 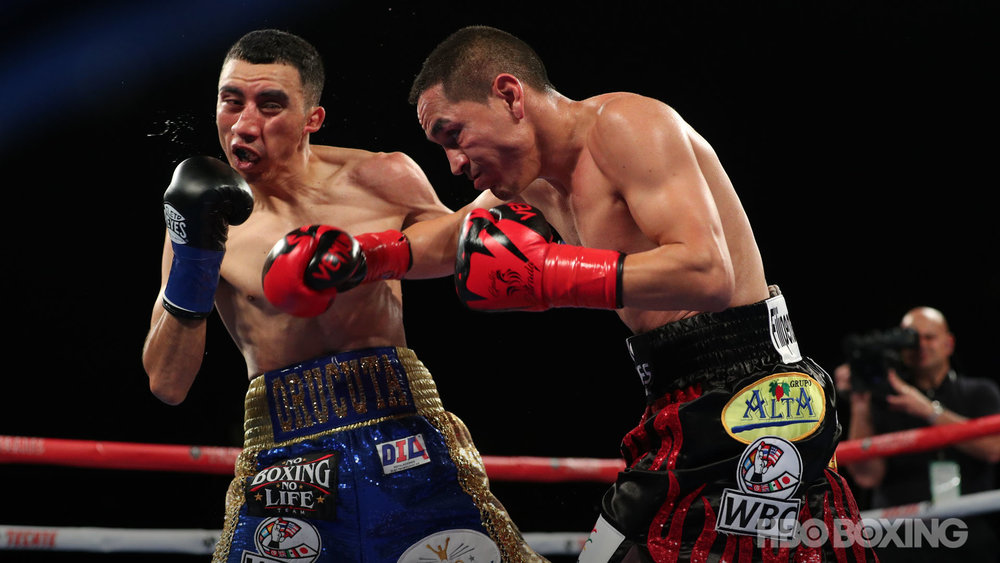 On HBO’s ‘Superfly 3’, Juan Fransisco Estrada won a 12 round fight with Felipe Orucuta.  Estrada outlanded his opponent in a lively main event.

Also on that card, Donnie Nietes fought to a draw with Aston Palicte.  The vacant WBO belt on the line went nowhere with a tactical battle ending in stalemate after judges were split on the winner.

Kazuto Ioka dropped and dominated McWilliams Arroyo in another fight on the bill in California. 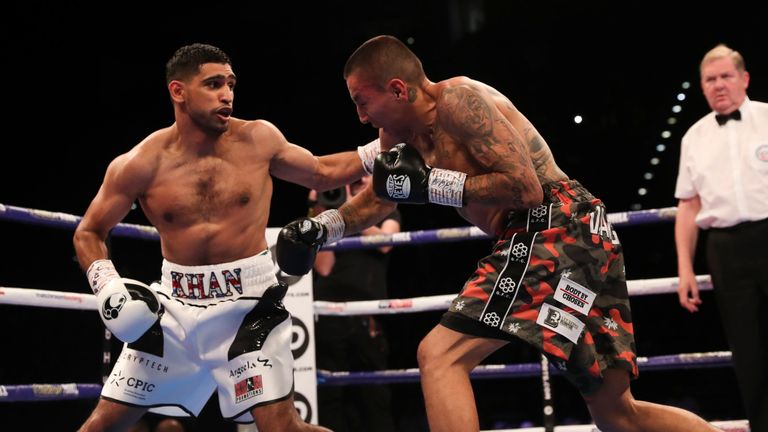 At the Arena Birmingham, Amir Khan won a unanimous decision against game underdog Samuel Vargas.  The fight was a lot more competitive than expected, with both men getting knocked down during the entertaining 12 round scrap.

On the undercard, British light-middleweight Sam Eggington tasted devastating defeat in a shock 2nd round knockout loss to Hassan Mwakinyo.  We made far too many puns in our report article, in what was ultimately a gutting defeat for the home fighter.

Eggington was reportedly looking forward to a high profile fight against Brandon Rios in just a few weeks time, and will now have to regroup and possibly look for a rematch against Mwakinyo down the line. 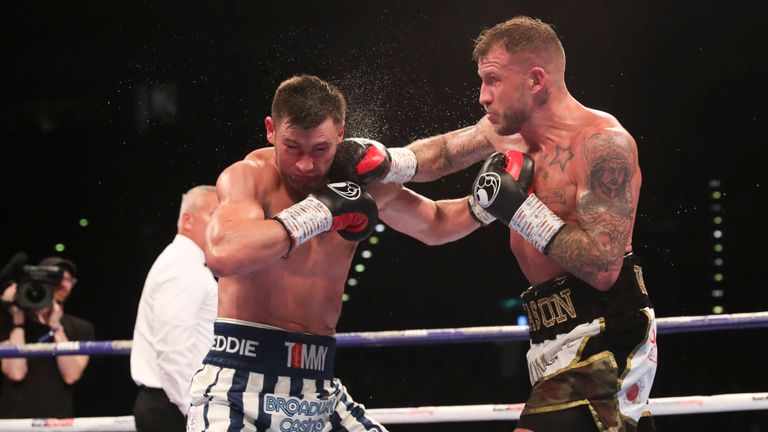 Jason Welborn edged another razor thin judges’ decision against Tommy Langford, in a superb British title fight that showed what the Lonsdale belt means to many domestic boxers.  Langford was down in the 1st and 3rd, but showed tremendous courage and heart to battle through, although he came up just short on the cards.  Welborn had won when the pair met earlier this year, and just about deserved the nod again.

Another televised fight saw Scott Fitzgerald pull a final round stoppage out the bag against Craig Morris.  Fitzgerald was reportedly behind on the referee’s scorecard going into the 10th but had his opponent in trouble late and stepped on the gas to send him crashing into the ropes. 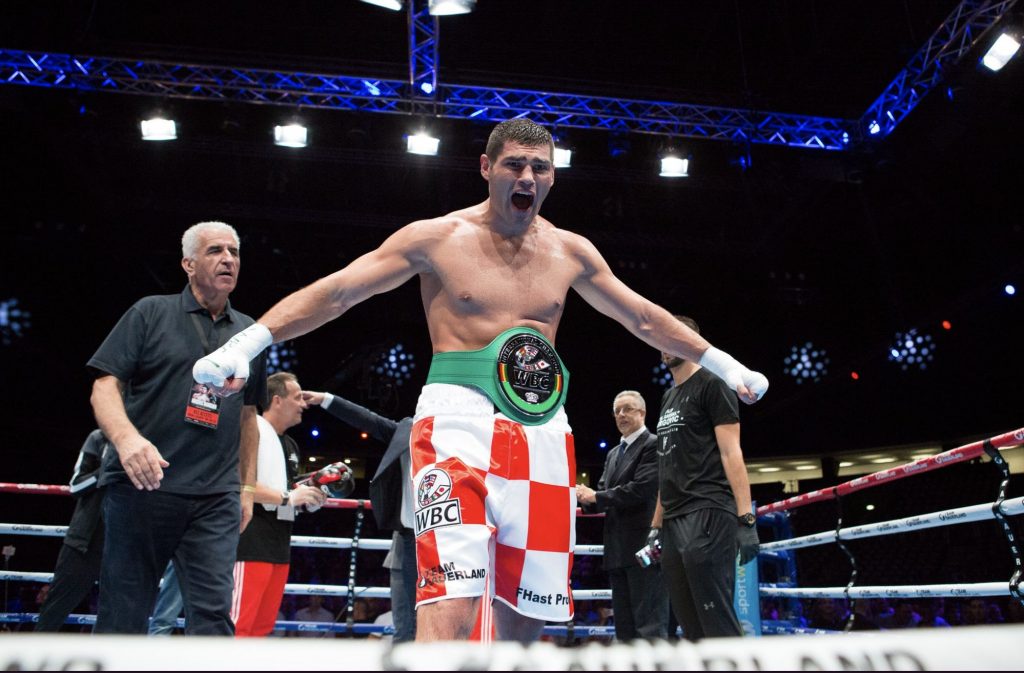 In Croatia, exciting heavyweight prospect Filip Hrgovic took just 3 rounds to dispatch of Amir Mansour.  The now 6-0 future star smashed Mansour down in the 3rd before stopping him shortly after.